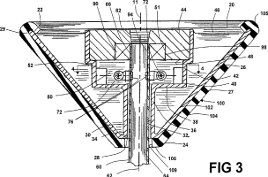 Every Tuesday, the United States Patent and Trademark Office publishes newly granted patents. This blog post is part of a weekly series in which I pick an interesting new patent that has Idaho connections and briefly describe it.

This week’s featured patent discloses a device for cleaning air filters on vehicles used in off-road and other environments that quickly saturate the air filter with particulate matter. Unlike passenger vehicles, which slowly accumulate dirt in their air filters, heavy equipment is sometimes operated in conditions that result in clogged air filters relatively quickly.

This invention does its magic by using rotating nozzles that aim compressed air at the internal surface of the air filter. The compressed air makes the nozzles spin, similar to a dishwasher’s spray arms. 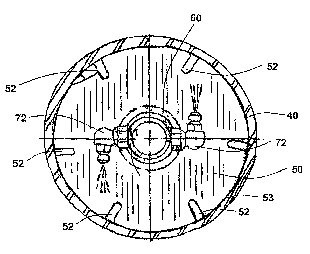