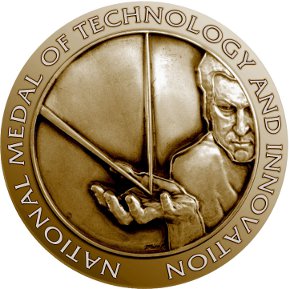 Do you know anyone who has made “lasting contributions to America’s competitiveness, standard of living, and quality of life through technological innovation” or “substantial contributions to strengthening the Nation’s technological workforce”? If so, nominate that person for the 2012 Medal of Technology and Innovation. The NMTI is the nation’s highest honor awarded by the President to recognize technological achievement.

Go to the U.S. Patent and Trademark Office’s page about the National Medal of Technology and Innovation to learn more and to download the nomination form. The deadline for nominations is March 31, 2012.

The NMTI was first granted in 1985, when it was known as the National Medal of Technology. Some of the recipients that year included Steve Jobs, Stephen Wozniak, and AT&T Bell Laboratories. The name of the medal was changed to its current incarnation in 2007 when President George Bush signed the America COMPETES Act.